After viewed a video of Ana White's Blog, I decided to buy a Right Angle Clamp and exceeds all my expectations.

Great quality, support, it let me one hand free, I can uses the same pressure for all the job (according with the thickness).

With this quality products (Kreg Jig Mini and Right…

I've bout the Kreg Right-Angle Clamp about two months ago and thought to give my two cents take of it for a change. I strongly suggest to make the pin side of the clamp a bit thinner. My problem is that with the standard drill bit that come with the Kreg 5 Jig it is a bit too think and Especially with soft wood (but not only) it tend to rip the hole, now I've just ordered the Mini jig attachment and absolutely sure it will basically be…

Happy with my new K5 but not with the Multi-Mark.

I'm an amateur/beginner woodworker. and just in the process of acquiring tools.  I've just got the K5 and stated working with it and so far so good. I'd like to see 1/2" size screws and matching size in the sizing jig, for thinner boards. as improvement, but other then that I am very happy with it in contrary to the Multi-Mark Measuring tool. which has nice concept but unfortunately I like many others complain about the tool not being tight when measuring 90 degrees, and it has a few…

I have two screw driver bits.  One I got with my Kreg Jr and the head is too small for the screws. It constantly slips and rounds out the head  The other I got with the K5 and it is warped.  I ended up buying some replacements(not Kreg) at our local hardware store and they work perfect.  Has anybody else had problems with their bits or did I just get unlucky?

I'm new to this community and I'm new to carpentry in general. I'm going to make a few cabinet doors and I'm planning to use the European hinges. My dilemma is there are so many brands and styles that I am clueless as to which one to buy. I realize that the decision is partially based on what the inside of the cabinet looks like so I need to make sure I buy the correct ones. I am mainly interested in the adjustable hinge because apparently you can make it perfect even if you are a tiny…

Recently I needed to make some long tapers for a friend who was installing his vanity and once level he needed 2 filler strips one against the wall and one along the floor. Well I pulled out my taper jig the metal one that pivots and has a little aluminum hook on the end it did the job but just barley and not really that safe so I put it away and remembered all the different tapering jigs I had used made or worked with over the years all of which did the job but could of…

I've never used a pocket hole system before, but was sold on the idea after I built an odd-shaped door for my under-stair cupboard, so decided to buy this for my next project(s).

I bought the K4 because it was in stock and available, but I see the…

Always have had a problem finding a filler that will take stain (for pocket holes, for example).  I used a product for the first time today- Elmer's Carpenter's Wood Filler Max- and stained over it.  Best that I have found.  I had to touch up a little over the pocket holes but on the finished product you couldn't see the filler unless you were really looking for it.  Comes in a square plastic tub.  Tom M.

I'm a long time Kreg Jig owner and have always upgraded when new models come to market I attended a seminar with the Kreg Rep for Canada recently and seen the K5 it was not long afterward that I purchased the K5 I'm very impressed with the features and performance of this new product it has all the features that I or anyone would want. I really do not know how Kreg will ever improve on this model. I highly recommend to anyone who is buying or thinking of upgrading to buy the…

I have used the Kreg R3 Jr. Pocket Hole Jig for a few years and Have been very satisfied with the joints it produced. In addition I have purchased several other Kreg products and have always found them to have superior quality.

Yesterday my new K4 jig arrived from Amazon. While unpacking the jig I noticed the first problem, the weld on the top of the clamp only secured about 1/2 of the length of the joint. From that point I carefully checked the remaining parts.… 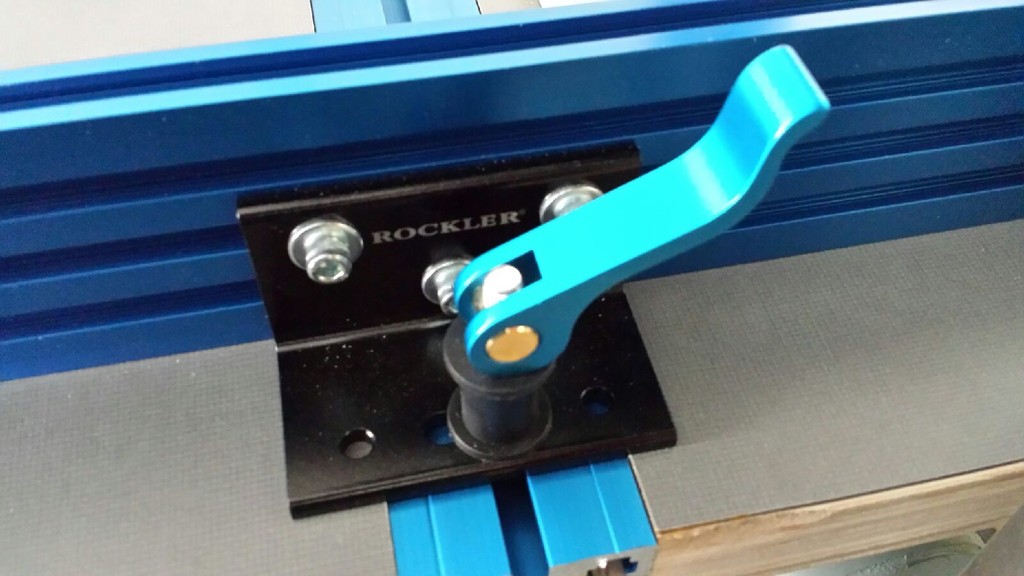 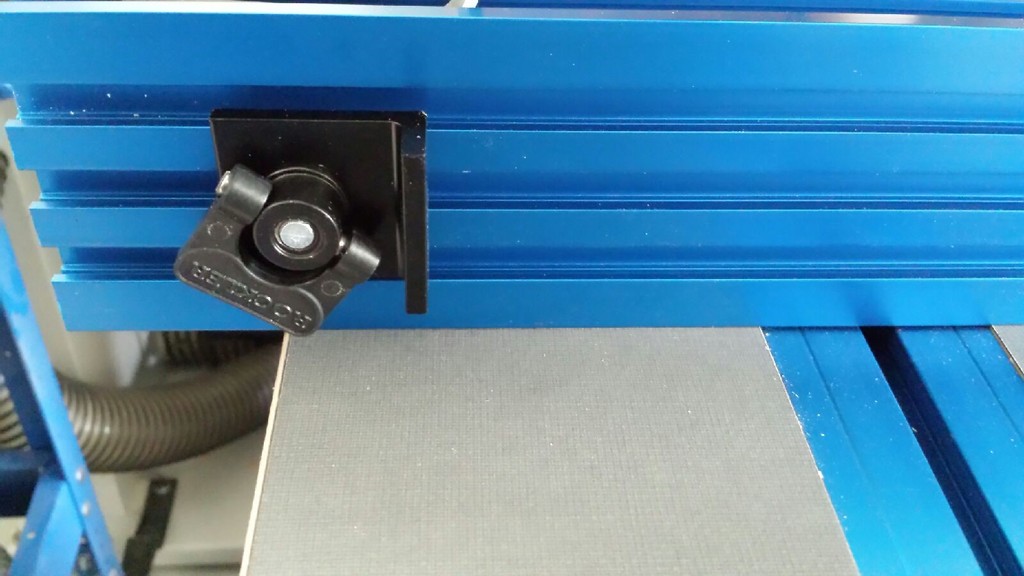 First off as the title says I am a novice and this is my assessment from a point of view of one not having a great deal of experience with table saws.

The stand bought separately, is simple to assemble and seems rigid and strong.  No problems that I can see there with the exception of Dewalt wants you to screw the saw to the stand.  This is suppose to be a mobile compact saw and I would think some sort of quick connect/disconnect would make more sense.

The saw itself came… 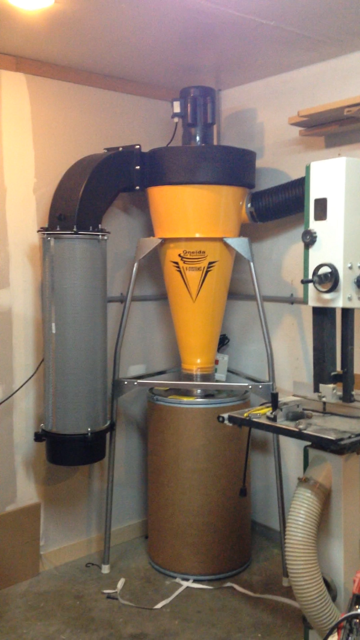 I got the cyclone installed yesterday and am most impressed with it.  I have owned the 2hp Harbor Freight and then upgraded to a 2HP Shop Fox (1550 CFM) so as with every machine I've ever owned I seem to buy 3 before I get to the one that really works.  Some form of dust collection is better than no dust collection at all, with my previous bag collectors I used a Delta Air… I have finally decided to do some proper dust collection in the shop and it was a painstaking process.  I have ordered the Oneida V-3000 system (which hasn't arrived yet) and will do a review on that when it shows up.  Onto the pipe; I ordered it through www.blastgateco.com, which I found on the internet.  The pipe and the…

I finally got a chance to try my Kreg Jr. on a couple of 2x4 scraps. WOW!

It was EASY, FAST, and made a perfectly tight and straight joint! I also tried one of the tampered plugs (not shown) and it fit perfect.

I am headed back to the shop to build three portable stands for my compound miter saw, router table and jig saw. I have a very small man…

I recently purchased the Rip Guide and have used it for 4 or 5  8 ' long rip cuts on plywood and MDF. I am somewhat disappointed with the quality of the tool.The fence which is plastic is not square to the guide bar. The anchors that clamp the base to your saw does not hold well because it is mounted again to plastic so when you tighten the the mounting brackets it begins to bend the mounting plate. Overall if I were in the market for another guide I would not purchase the Kreg Rip Guide.…

I have been doing woodworking for years and have looked at the Kreg systems but never took the plunge. Last spring I saw a great deal on the Masterboxx collection that came with the K3. I just finished building a complete kitchen with it and I am SOLD. I did face frame cherry cabinets and ease of making and attaching the face frames makes me wonder why I didn't investigate this earlier.

Purchased the shelf pin jig which also proved to be a game changer. Just added an automaxx bench…