Built In Fireplace and TV Cabinet

Anyone ever tried building a TV/Fireplace built in cabinet before? I would really like to put one together, have been looking at several designs that I like but would LOVE to use my Kreg Jig on it as much as possible. I'm also looking for some good Euro style cabinet plans if anyone has some. Feel free to shoot me and email- awedmore@hotmail.com

Hello again friends, I was wondering if anyone knows offhand which blue kotes i should use for pressure treated pine. Coarse or fine?

Just getting started and I need Plans for Kreg Jig Projects!

I have the tool. I made a chair. Now i'm hooked. But I can't find the site where I found the plan for the chair nor any other place with free plans for making cool things with Kreg. Where can I find a library of plans especially for Kreg Jig?

I've never written a blog before so I hope this is how it's supposed to be done.

I purchased the Kreg K3 Master System a short time back. I have now completed 2 of the bookcases that are available on the Kreg site. I found it necessary to modify the dimensions some on the 2nd case so that it would fit into a particular niche in our kitchen.

Saturday my wife and I got up early (for us, on a Saturday) and hit the road to drive down to Marlborough, Massachusetts to attend a woodworking show I had found online a few weeks ago. We made the 86 miles drive in bright sunshine and good spirits, arriving at our destination 10 minutes before the show was scheduled to start that day (the website advertising a 3 day event, Fri - Sun).

Imagine our surprise to show up and find an empty ... nay, a…
Continue

Well I have finally completed my 2nd bookcase. The first was done several months ago and is serving me well. The 2nd is a smaller version for use as bookshelf and display space. 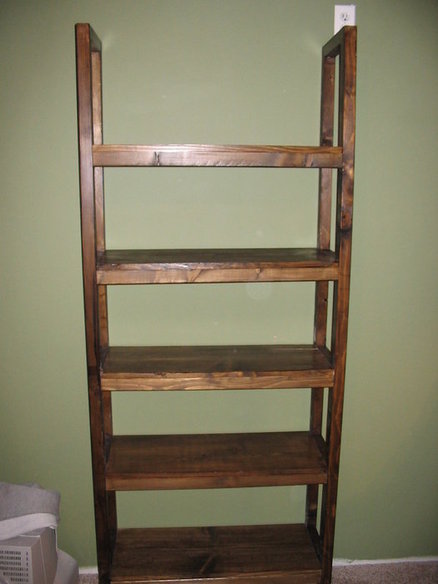 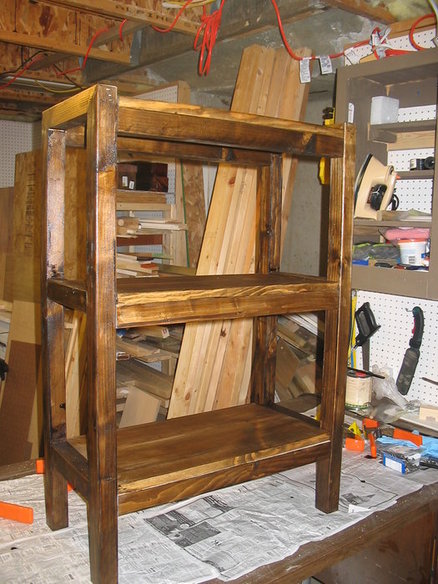 Like my desk and hutch previously posted these are made out of standard box store lumber and the Kreg Jig was my primary joint. I am looking forward to years of use as well as a few more pieces to add to the…

Monday my beautiful wife and I went to Goose Bay Lumber to pick out lumber for the top of the built in. I wanted something a little thicker than you find at a big box store, so we were looking for 6/4 material (that's 1 1/2" thick to you lay folk).

We ended up with 3 nice pieces of Cherry all 10 feet long, 2 pieces about 7 inches wide and one 4" (25 board feet). Here is it stacked up on the work… Continue

Amazing what you can do with scrap wood

After making the DVD shelf as far as I could take it, I wasn't done putzing around in the shop. A friend from work gave me some scrap 2x4s and 1/8 inch paneling. I had some caster wheels my brother Denny gave me, and knew that I was tired of "dancing" with my mitre saw every time I wanted it out of the way. Well, some ingenious afternoon thinking led me to this roller rack I made. This baby makes getting my mitre saw out of my way soooo much easier!…

Recently I was asked if I was interested in making a shelving unit for a coworker. She has a son that is big into movies, and she needed him to keep his DVD collection nice and organized. She didn't have a large budget, so she came to me to design her something that fit her dimensions. She said it should be no higher than 64", and no wider than 18". Also, it had to have seven shelves. Well, I went to Menards and saw that aspen pine was on sale, so I told her the cost would be $40, and I…

What tool would you buy next

I already have a table saw (portable Ryobi), and many hand tools including a plunge router. My space is limited for the time being and I am using my carport for any projects, so most of my future purchases will be the bench model variety.

IF, you were going to buy only one of the following tools (assuming they all cost about the same), which would you buy next.

Putting up a Fasle Front can be a good thing....

I'm real sore today, but that should be expected as I spent almost 4 hours on my knees yesterday (no, get your mind out of the gutter). I finally got all the drawer fronts finished with a final coat of stain and poly and it was time to install them.

For those who may have forgotten, this is what we started with way back when:…

What is this and what should I do with it?

This came from a store that salvaged odd pieces of wood and table legs. I paid $5.00 for it.
My dad, who builds model airplanes says it has the shape of a wing. (shown in the end shot)
I keep looking at it wondering "What wonderful thing can this become?" As of now the only thing I can come up with is hollowing it out and making it a vase.
Any ideas? I would love to know where it is from, what it is, etc.… 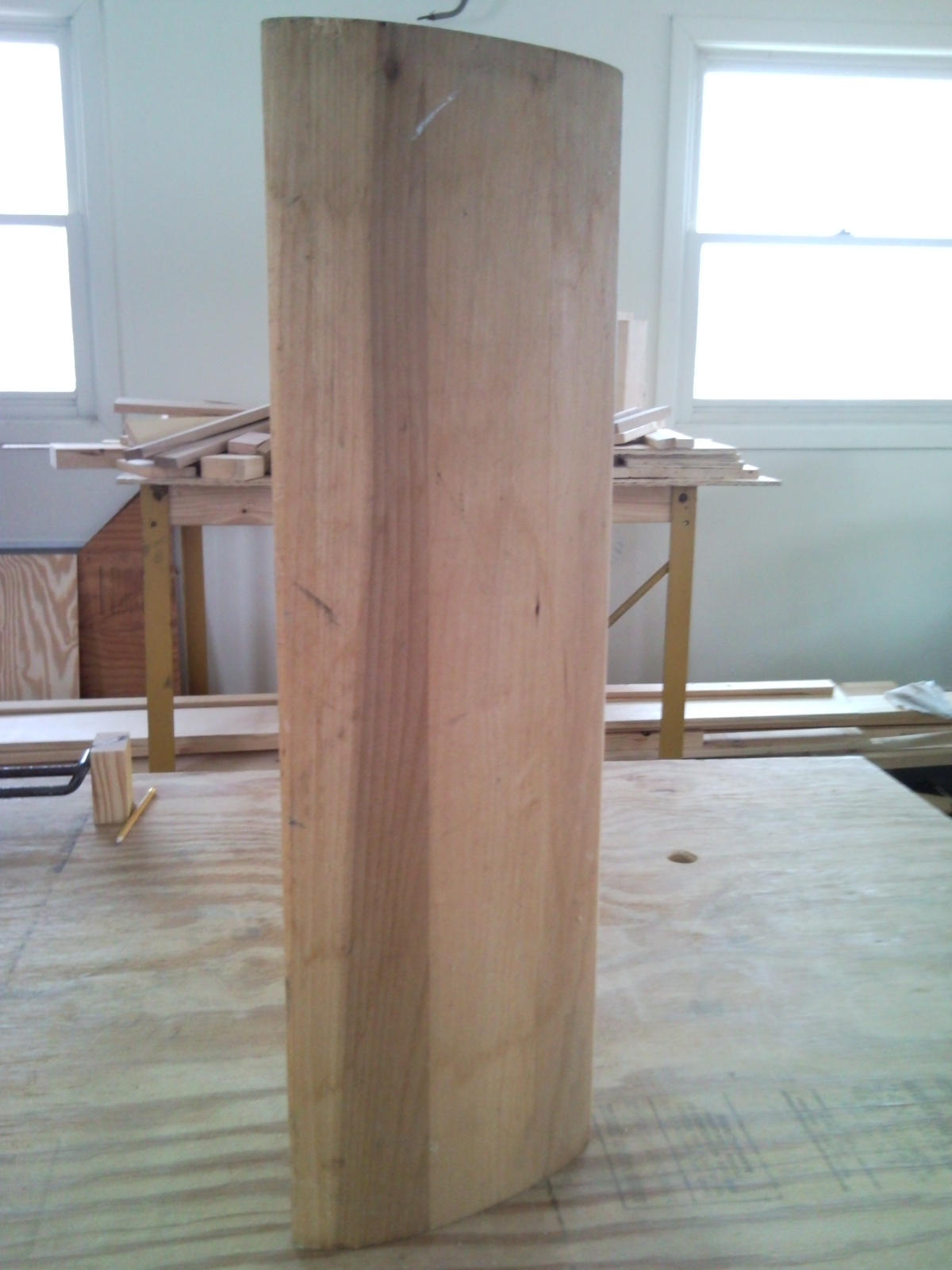 No granny I don't quilt

For my first post I thought I would tell a little story… Recently during a rare visit from my grandmother she told me that she heard I had been “building a lot of things”. Of course I took the opportunity to show off my many projects in the workshop including tables, a porch swing, and several cabinets. I did the best I could explaining how the Kreg jig had basically changed my life. Now that joining wood was so much quicker I could accomplish much more in my busy-mom-and-wife schedule. Of… Continue

A tale of two Kitchens

WARNING**** No where in this project did I use any kind of KREG product.

One Kitchen is a soothing, well laid out, modern, cullinary workshop, and the other kitchen is the one we actually have.

Step one in the transformation happened this weekend. 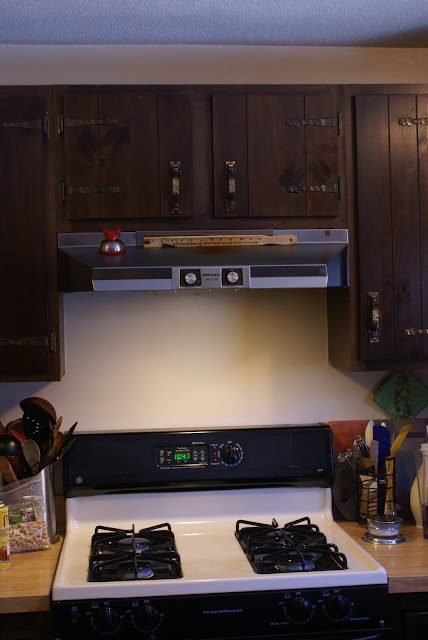 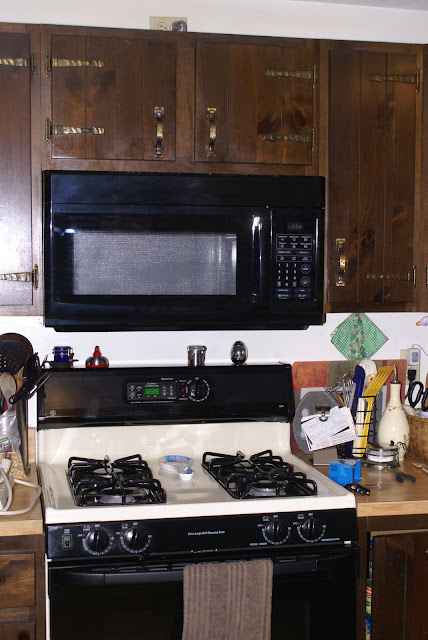