Just before making the first cut I decided to check the angle, and unfortunately the “right angle” came out not to be exact. At first I became very frustrated and was ready to throw it away on the upper shelve. But, as several cuts had to be made at the time, I solved the problem by sticking several pieces of scotch to the appropriate side. 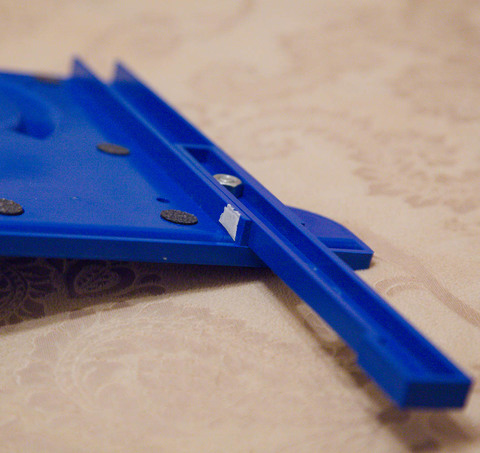 Today I visited the store where I bought it in order to check another Square Cut but it was impossible because of the package.
It's a pity one can't use it right from the store.
Nevertheless I will keep it in my bag.

Comment by wesley balogh on May 21, 2013 at 8:36pm
I am finding that it is very difficult to make accurate repeative cuts with the square cut and not take a small chunk out of the plastic guide! I am an amateur in word working and need some advice how to better use the square properly.

We've had great success with the Square-Cut, and we definitely want yours to be correct. If it's defective in any way, we will make it right for you. You can contact our Customer Service department by phone at 800-447-8638 or online at http://www.kregtool.com/Customer-Service-Serve.html. They'll be glad to help you out!

Is that a small gap, (shown in the ''red square''), between your straight edge and the guage?

If that's the case, then I'd surmise the gauge is ''bowed'' (distorted).

I checked my Kreg square cut gauge, with 3 different accurate measuring devices, and the each was dead on.

I've had my square cut gauge for quite some time---no problems.

Always produced accurate cuts, when using my circular had saw.

When using a ''speed square'' tool, on occasions, I did not get a ''square cut".

I tried to firmly hold the speed square,  but on occassions it still moved a tad.

It was getting frustrating.

I then ''clamped'' the speed square into position on the work piece---this seemed to solve the problems.

Upon close examination, I found that on one of my speed squares, it contains a ''generous radius'', on the inside corners, where the joined members meet.

the radius could be the culprit---contributing to the speed square moving.

Sometimes the vertical flange on the speed square, along its entire length, rested up against the work-piece edge.

And, when it didn't, the square was not providing a 90 degree cut.

The radius on the flange of the speed square, prevented the square fitting flush with the work -piece edge.

The flange on the entire length of the speed square needed to be in intimate contact with the work-piece edge.

Also, on occasions, on of my circular power saws seemed to be pulling away---which resulted in inaccurate cuts---out of square/not 90 degrees.

This occurred when I was using an ''ultra-thin'' cutting saw blade, in the saw.

(I was not able to install blade stabilizers on this machine).

On another saw---upon very close examination, I found the circular saw base was not parallel to the saw blade.   The blade and base were off by .060'' from the front to the back of the saw base, in relationship to the saw blade.

(All measurements with made with accurate/calibrated measuring instruments---dial calipers, and the like).

away from a straight edge.

I reported this matter and my findings to the saw OEM.

Not as bad as the one I have, but still off.

The OEM took back my saw and replaced it with a new one.

Another thing, upon examination of various OEM saw blades, they were NOT running true.

Also the teeth were not all in the some plane, on some saw blades.

Variations were from .005 to .010---which can contribute to inaccurate cuts.

This may not be an issue with most people making saw cuts, but it may be with some.

''flashing'' is not really the case. I did check for that. I will place a few pictures to show the gap that appears. 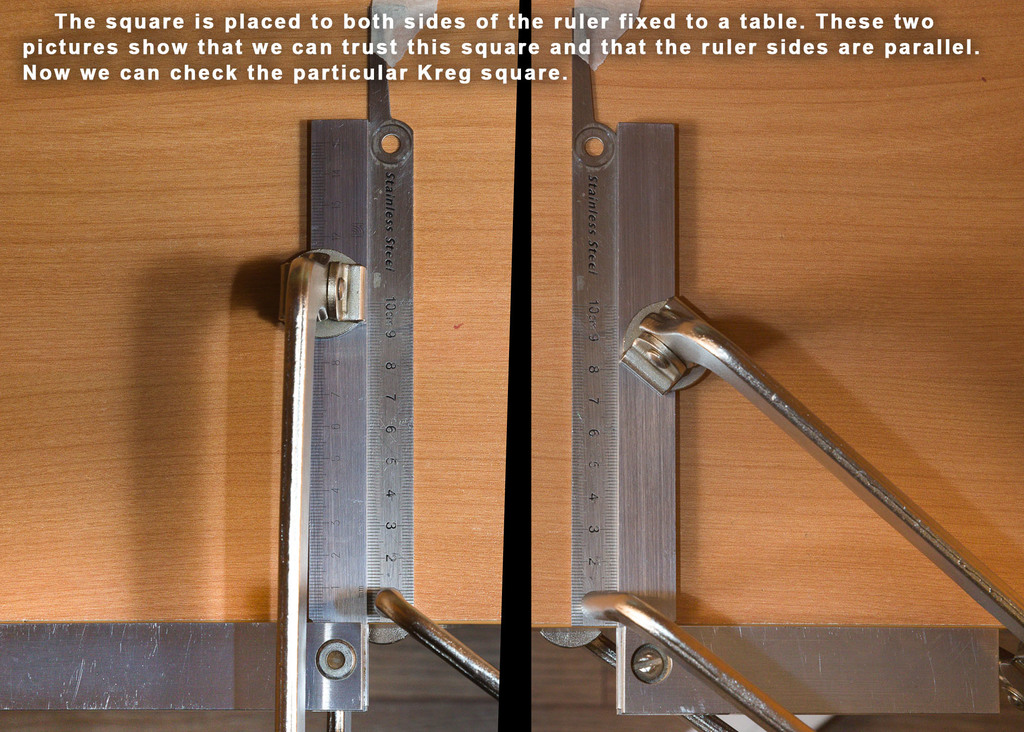 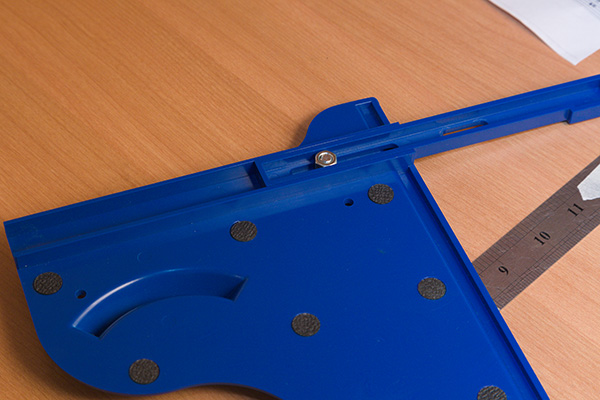 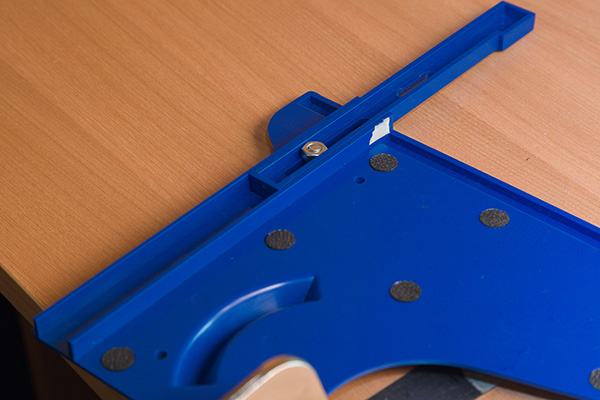 Check all edges for any ''flashing''.

Flashing occurs where there is a small amount of the plastic material that gets thru the cracks, in the molding process.

Well then I will not be buying a Kreg Square anytime soon.

Maybe Kreg sub contracted then out for manufacture but didn't enforce the QA/QC with a made under licence product.

Otherwise I see a recall coming up if Kreg are to maintain their reputation of producing very high standard product and customer service.

Other wise a total withdrawal may occur, it cannot be helped but every now and then to despite our best efforts some klinkers get through.

Or may be you could just turn the square 180 degrees and extend the slide. But I believe it is not so comfortable to place the square from the opposite side.

Comment by Timothy Small on February 3, 2013 at 4:43pm
Well I found a different problem. I use a Dewalt 18v circular trim saw, the blade is on the left side, being right handed, the slide on the rip cut is too long. I called Kreg and was told to lengthen the slots. That was not an answer to the problem as the slide only retracts so far. So before I tossed it, I just cut right through it. It worked!

Yes, you can watch video and photos on kregtool website.