I just finished a project using the Kreg Micro Jig with 1/2" birch plywood. I made a few test holes and then began. It worked perfectly. I used the special 3/4" fine screws for hardwood. Every single hole was perfect. I've read where others had trouble with the tip of the screw coming through on the finished side. When you use the proper tools, do some tests, and follow the instructions you'll come out just fine.

Well had the benchtop router table a fair while now .Overall pretty pleased with it ,however another small problem i have discovered is concerning the table overhang.Its really non existent, so it does not lend itself well too clamping any auxcillary fences too the edge of the table .Which i have needed to do at times, you can clamp too the edge but you need a spacer block between the metal frame of the table and your clamp so it sits flat very fiddly.So just a suggestion to kreg would it be…

Used my Kreg Deck Jig for the first time the other day.

Replaced all the wood deck boards on my deck.

I've got one word for the Deck Jig --- SLICK

Finally got the Byrd Shelix Journal Head installed on my planer.  Ordered it through Holbren, Sawmill Creek members get 10% off, SMC10 is the code.  First off, I installed the head by myself and it was completely painless, I was shocked to say the least.  I will say that I am thrilled that I had Byrd install new bearings for me and I would suggest if you are thinking of upgrading that you do the same thing.  I also ordered a new gasket for the gear box while I was at it, I would recommend… 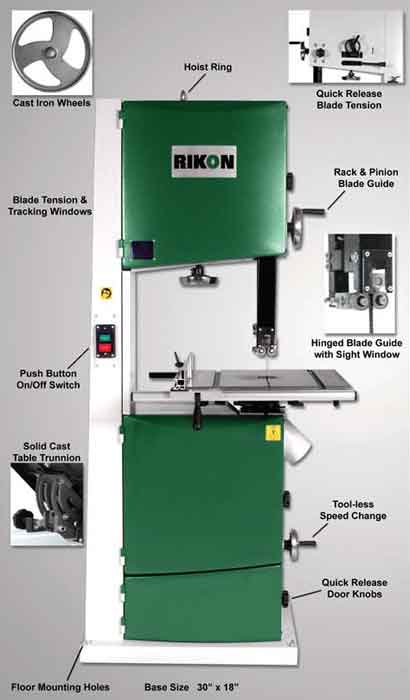 I ordered this 18" Rikon through Highland Woodworking about 3 weeks ago.  Highland had it on sale for $999, shipping was $125 and I ordered a mobile base at the same time, so all in all $1200 delivered to my door.  I will start with the only 2 low…

One of my favorite toys is my Kreg Drawer Slide Jig.  There are actually two jigs that you'll want to use to help you install a drawer.  These two jigs really compliment each other, and make completing drawer installs a snap.  I picked up both jigs from Amazon for a really reasonable… 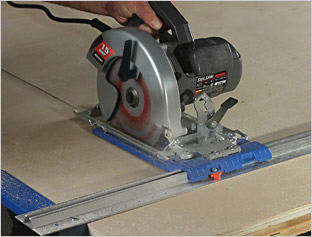 I was fortunate enough to receive a Kreg Rip Cut last spring as they were first shipping but didn't begin using it until this fall.  Initially I attempted to attach the Rip Cut to my Worm Drive Mag framing saw.  The base of that saw has a lip that is great for pushing dust out of the way but makes it difficult to attach the Rip Cut, so I got out my back up saw- an older…

We have found the holes in the three hole block imeed the discharge of sawdust during the final depth of the drill bit. We do a lot of hard wood work which appears to be when this plugging of the discharge holes occures. We were wondering if anyone else has this problem and if a solution would be to lower the relief holes to allow sawdust discharge nearer the base of the block.

I received a Kreg tool box for Christmas this year.  I love it.  I now have a place to keep all of my Kreg clamps, extra drill bits, extra driver bits, and even my Kreg tool in the bottom of the tool box.  I love the removable trays for screw in the top of the box and the see thru lid.  I love the way that the top is supported with the legs in the back when you lift the top lid to get to the bottom.  The only way this box could have been better is is the bottom was a little deeper but it's… Just before making the first cut I decided to check the angle, and unfortunately the “right angle” came out not to be exact. At first I became very frustrated and was ready to throw it away on the upper shelve. But, as several cuts had to be made at the time, I solved the problem by sticking several pieces of…

I purchased the 1 1/4 hp , trim router kit , and used it several times, while making my wife a jewlery box, i got plans from norm abrams site, and loved the router in the building of the jewlery box, i recommend that if you are looking for a (GREAT) trim router , too buy it, got at factory authourized outlet for $228.00  and i love it, it's a great add to my work shop....   and , the new yankee workshop site is a great place to get plans for projects and plans for jigs , that make working in…

Hi this is a review of the triton 2000watt router.I think its the most innovative router i have come across.The triton has 3 modes of depth setting,including a winder handle facility for table mounting.It is variable speed and loses no momentum under load.A big bonus for me its very quiet in use .Overall i give it 9 out of 10.

went online to find the best price for a good compressor, i was looking at the dewalt compressor, read alot of reviews on all kinds of compressors, and decided on the mac5200, recieved it from homedepot , the other day, and brought it to the construction site yesterday, for the first time, i liked it's performance alot, it is built tough, and anxious to see it in action, when we start sheeting the 32 x 100 foot building , we are constructing.  all in all really pleased so far..   homedepot…

First off I have to say just how much I LOVE my rip cut!! It was easy to set up, so very easy to use and I love the fact that I don't have to ask my hubby to come out and help me when I need to rip down my sheet goods! The only thing that I can say bad about it is that the guide on the left could be a bit longer so that when you get to the end of your cut you are still staying true to the cut itself.  After a couple dozen cuts I've gotten to where I can keep that plane going, but it's still…

Hi all just road tested my kreg router table , i give it 8out of 10.

Its well made with a nice flat table.

The plate levellers are a great idea.

Dust extraction via the fence seems to work well.

Table should come with hold down brackets.

No nvr switch had too take off my old…

The Kreg Shelf Pin Jig is an excellent jig to add your woodworking collection.  I've done the "make your own" pegboard type of jig.  The problem is you cut it down to size and it seems like you never get it right the first time.  When you do finally get it right it still feels a little off… What an awesome little machine!  The machine comes with a 1/4 and 1/2 inch collet for router bits and a 1/2 and 3/4 inch spindle for shaper cutters.  Changing of the bits are extremely easy from a lock on the underside of the table, belt tensioning is a dream.  This is a little… I have been using a Dewalt 735 for the past 3 years and knew I needed to upgrage to something with more power and I finally did, this Jet is 15 inches and 3 HP.  I've read many reviews on many planers and they are all mixed.  The only thing I miss from…

Yeah, I know what you're thinking and you're partly right.  Why am I reviewing a glorified ruler?   Well there is a little bit more to it than that.  I have a couple of combo squares that I regularly use, and one of them broke a few weeks ago.  Recently, I've turned into a…

All of my cuts are slightly beveled.  I am leaning on saw in one direction to keep it tight because it feels like there is a tiny bit of looseness in the saw sled at the rear.  I don't have this problem with the Accu Rip and the same sled.  Had to…Continue

Ok, just to let you know. I don't know one end of a bit of wood to the other !I need to build a loft bed for my 14yr old daughter for her new small room.would 30X70mm be large enough to make it out ofThanks for any inputPS anyone got any plansContinue